What to do when your home market is saturated, stagnating or, worse, declining? In many cases, the answer is: Enter other markets.

Traditionally, North American and Western European companies have favored developed markets in their  international expansion. After all, many will tell you, why bother trying to penetrate Zambia, a country with 16 million people generating a GDP per Capita of $4,087 or Honduras and its 8 million people with a GDP per Capita of $4,746 when you can aim for markets like the USA with a GDP per Capital of $54,370 and a massive 322 million people…  The market is larger, metrics and market research readily available, the barriers to entry clearer and, often, there are less hoops to go through in ‘western economies’ than in developing countries… and that is generally true.

In the recent years, however, multinationals have covered all ‘Tier 1’ countries (as well as ‘Tier 2’ countries for many of these firms) and have experienced slower growth as a result. With economies growing lymphatically, or even in recession, mature and saturated markets, and heavier tax burdens, these key markets start to look less sexy and the grass definitely look greener in developing and emerging markets where the GDP grows at a faster pace, the middle class gets larger every year and demands more options in which to spend their hard-earned money.

Naturally, the shift started with money being poured into the larger economies of the emerging world, the famous BRICS – Brazil, Russia, India, China and South Africa – then, other tiers of trendy-countries-to-invest-in surfaced, the Four Asian Tigers, Tiger Cubs and Next Eleven, just to name a few of the buzzwords seen frequently. Cynical people will tell you that a new ‘group’ appears when pricing has gone too much out of whack in the prior ones. I don’t necessarily disagree.

Not all is M&A, for example, P&G made the news at the beginning of this decade with their strategy shift towards the $2-a-day consumers, Facebook is working hard to bring the Internet to those who can’t aford it and many more companies are shifting along those lines with or without much press. Basically, if you can’t find more customers, go create some more…

So is entering developing markets basically just a last resort option for Global companies with nowhere else to grow?

I’d say not. Being a Western European having worked in the US prior to moving to one such developing country, I see a lot of potential in emerging countries far beyond that of just adding some growth to the top line.

Emerging markets, by definition, are considered more risky. Be it potential political instability, weaker monetary policies, poorer infrastructures in place, more corruption (or, at least, more visible), or high duties… these are some of the factors that one will face when evaluating an investment in emerging countries (some weigh more than others for first-time investors in developing economies).

So, what is so positive then?

In short, profits. The risk factors make it such that there is, often, less competition than in a more developed market, while the prices to the consumer are generally higher. Therefore, a company that knows how to navigate in those markets will generally generate better profit margins than a US or Western European counterpart.

There are other fringe benefits in bringing a US or EU brand in many emerging markets… many consumers are willing to pay more for the foreign brand than for its local counterpart, often seeing imported products (from selected countries) are better.  Now, do your homework as this is not always true, Brazil being a good example of a country that tends to favor local products.

Another point to take into consideration, for smaller companies that are starting their international expansion, is how much would it cost to successfully penetrate that target country your eyeing. Sure, the USA offer 322 million potential consumers but how much are you going to invest in having an optimal nationwide coverage for your product or service? How many points of market share can you, realistically, expect to earn? Compare contrast with a smaller country where the Investment Agency is probably eager to help you plan your investment appropriately, where you might be opening the category with your product or service and where you can generate higher margins. That option doesn’t that bad of a choice anymore, does it?

So, I’ve more or less convinced you to enter an emerging market, now, how do you do it?  You could setup an office, hire local talent, jump through the hoops of the local authorities to get all the required permits, and start learning how your consumers think and act. In the case of food and health products, that usually implies tedious product registrations processes spanning months (or even years in some cases) among other barriers to entries.

Alternatively, you could look for a suitable company to acquire that has accumulated all this local knowledge, that is presently generating revenues (can’t hurt either) and, ideally, with talented owners and/or management team willing to partner with you and stay, at least in the near future.

That is pretty much why we’ve seen acquisitions at astonishing multiples in the recent years, such as TEVA acquiring Rimsa in Mexico for close to 9x Sales announced on October 1, 2015 or Kellogg’s recent acquisition spree in Egypt.

Finding such a company with a culture that can fit one’s organization and whose owners/managers are good potential partners can be a difficult task to deal with but the overall process nonetheless still remains easier and in many ways less risky than starting greenfield (integration-related risks aside). 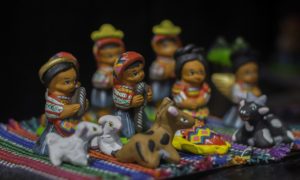 Nowadays, you can find good investment bankers (IB) with a large Rolodex in their communities and an understanding of both the target country and your origin country in pretty much every country. Not knowing where to start, you could even touch base with IB shops in your own country that are affiliated with international networks, such as Global M&A Partners.

A final thought on the matter, whether entering a new territory greenfield or via acquisition, I think that the best advice that could be given is: Don’t go there alone.  Having a local partner, in the form of a private co-investor, a fund with experience in that country, or management of an acquired company keeping an equity stake, is, by far, the best form to mitigate your risks. Sure, you’ll leave some money on the table when comparing to being the sole investor but you could lose a lot more by investing alone and seeing your venture fail for not understanding your market.

WeCommerce Signs Definitive Agreement to #Acquire Stamped for up to US$110M including $75M cash, $10M in shares and $25M in earnout. #MandA #SaaS #ecommerce #CRM https://www.businesswire.com/news/home/20210305005181/en/WeCommerce-Signs-Definitive-Agreement-to-Acquire-Stamped-for-up-to-US110-million#.YEJNsOzJRq0.twitter

Boingo Wireless to be Acquired by Digital Colony for $854M. #MandA #Wireless https://www.businesswire.com/news/home/20210301005329/en/Boingo-Wireless-to-be-Acquired-by-Digital-Colony#.YD09tJIWNkQ.twitter