There’s a lot of hype about deal making… as in finding a target and negotiating a transaction to a successful closing. Unfortunately, more often than not, that’s where the project will end in the mind of an inexperienced Buyer… and, therefore, that’s also where the problems begin.

Post-closing, starts the integration period – and the real challenge.  Basically, that’s where the two companies morph into one. As too many have learned the hard way, a failed integration pretty much means a failed acquisition, where expected “synergies” soon become regrets and nightmares. 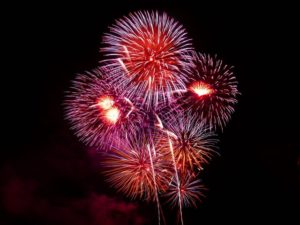 Remember, if synergies come into play because you cannot, otherwise, justify the purchase price, you’re most likely paying too much.


So, what exactly does it mean, integrating a target?

Anyone who knows how to open up a web browser and type www.google.com can find dozens of Integration Checklists. Some are ordered by department while others are priority based. As such, you’ll find Day 1 checklists as well as to do lists for the first 30 days or 100 days. Articles on the subject typically insist that the first 100 days are key to the success or failure of an acquisition, and I generally agree with this premise.

The concept is simple, it’s its application that’s difficult. Upon merging two organizations, you need to define – and explain to the various stakeholders – how those two groups will work together. What is the plan – and associated objectives – going forward? What’s going to change – on both sides? Who will do what?

Some of the key elements to take into include speaking to employees, customers, suppliers and other creditors, most often in that order.

Make it all about them because, ultimately, it is. An acquisition implies a lot of tensions and uncertainty for all stakeholders involved. Employees worry (and, often, have worried throughout the due diligence phase) whether their position will remain in the new organization chart; customers wonder what will happen to the terms and conditions or product lines, especially as they most likely hear nasty rumors from your competitors. Meanwhile, suppliers may see a concentration in their customer base as a result of the merger or, on the opposite, may fear that their once loyal client will now go to the competition… in short, nobody knows what is going to happen.

Sometimes, you need to think broader and consider the local community, as well, in you post-acquisition communication to reassure them that everything will be OK. 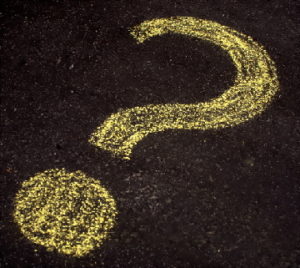 Was the purpose of the merger to take out a competitor or to consolidate two complementary portfolios into one, stronger, company? Will production now be consolidated in one centralized plant or will both workforces remain? What about the back-office positions? Do we really need two Accounting teams? How about IT or Legal or Marketing? Which banks will we be working with? Which suppliers will become unnecessary? Which customers will overlap and, when so, which ones should we keep? Do we want to run both IT infrastructure in parallel or to merge it into one consolidated system… and, of course, if so, which one, how and when? How do we preserve the best of both cultures and processes? (after all, if you paid various years of profits ahead to someone for their company, it’s become they did something right, no?) Etc.

… Usually, my first questions include “Do you have a plan? Do you have a dedicated team defined with a responsible manager high enough in the hierarchy?”

Once there’s a road map well defined, the next step is to tell all stakeholders, where possible, why this merger is a good thing for them. There’s nothing like stability and reassurance to start well anow integration phase!

They step is basically to grab that road map and execute it point by point. At this point, you’ll usually find out that most of the premises were wrong or incomplete and that most of the road map needs to be changed half way through. That normal and part of the game. If you find it hard and it bothers you, just think how painful it would have been had you half-assed it without planning that important phase ahead…

Wow, seems too hard, maybe I should forget about M&A altogether…

Believe it or not, this has been the response of many clients over the years as we dived into the topic. As hard as integration can be, one cannot forget the objectives – and value – of merging with another company.

M&A transactions usually give you access to invaluable assets, be it of portfolio of tried and true products already generating positive cash flow, new markets (be it geographically or untapped segments), an experienced team, an active customer list, a brand that is known and trusted, critical mass, patents, licences or permits, diversified income streams to reduce risks… and these are only some of the most obvious reasons to acquire a company or merge with a competitor or supplier.

The bottom line is that most often than not, it makes a lot of sense to engage in M&A transactions, it’s just extremely important to plan it well and be ready before entering into such processes because the consequences can be fatal.