Mergers and Acquisitions processes take time and are complex. It is not uncommon for such processes to take a year or more from first conversation to closing of a deal. There are lots of moving parts to take into consideration and, usually, teams on either side of the table with different opiniones, areas of focus and, oftentimes, diametrically opposed expectations from the transaction…

… in other words, throughout the M&A process, lots of issues will arise, compromises will be required, and lots of frustration can build up over time and can burst at any time up until the last minute.

Deal fatigue is without a doubt one of the main deal killers and a frequent cause for poorly made decisions in the later stages of a deal. Let’s see why and how to best deal with it.

A typically M&A transaction runs along the following lines:

Obviously, that’s the most simplistic way of drawing out an M&A process. Also, note that this is just a generic representation. Some of these stages may or may not happen. For example, it’s not uncommon for the Due Diligence and the Drafting of Contracts to be just one big step, nixing the Binding Offer in the process.

So what’s the big deal? 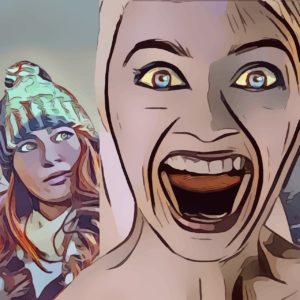 In real life, things get more complicated from the get-go. For example, in the very first point, Seller has most likely not met Buyer at first but rather Buyer’s bankers or advisors as a first filter to gauge interest and assess fit. Similarly, the “Initial Revision” phase could start the very next day like it could start months later after multiple rounds of negotiating a Non-Compete Agreement to the liking of both sides.

The point here is that the further you move into the process, the more the parties will be interacting and sharing information. At first, the information gets shared on a need to know basis.

Deal fatigue doesn’t just appear out of nowhere one day. It’s the accumulation of months of analyzing the same prospective deal, negotiating the same transaction, and waiting for the deal to happen.

The Stages in an M&A Deal

Deal-making is really yet another relationship: first comes dating, then getting to know each other, then getting engaged, then planning the wedding and finally a happy ending and a beginning of a new chapter (the Wedding)… or, sometimes, a breakup and nothing else to this relationship but a bitter taste in the mouth.

You’ll walk into the deal with curiosity and interest. The deal can happen or not, it doesn’t really matter, you’re not yet invested in it. That’s the dating phase.

Then, Sellers start sharing private information about their company. At that point, fear generally comes in on the Sell-side, especially when dealing with competitors: who are these people? What will they do with my info? What will happen if the deal doesn’t come through? etc.   So you get to know each other, and learn to feel at ease with the counterpart, or at the very least, tolerate their presence. 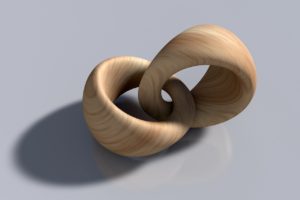 Getting to a non-binding offer is usually the first real negotiation in the deal’s cycle. At this point, a term sheet gets negotiated and an offer is made. That’s the engagement. Each side is saying that they want to move forward and the Buyer, as the one proposing, is showing the other side what they mean for them.

In a relationship, that’s when you know it’s serious.  Either your feelings are mutual and you move forward openly or you breakup. Same thing here. If the offer makes sense, a Seller will move forward to the next phase but now they’ll have to fully open their books and be transparent about the business, its processes and its possible pitfalls.

At this stage, the first real disagreements occur. Buyer will present an offer and Seller will most likely want more. Buyer will probably ask for things that Seller did not consider or is not willing to give, like exclusivity or other limitations on what the company can do in the next few months.

From there on, things get serious. Due diligence, for a Buyer, is all about knowing the business they’re about to acquire inside and out so that they understand what they are getting into. As a result, it exacerbates, for the Sellers, their fears on top of creating an unusual volume of work to produce in a timely manner a ton of information from all aspects of the business.  A few weeks in, the uncertainty is real and the anxiety generally kicks in.

Seller’s deal team – usually the entrepreneurs and a close circle of trusted employees – are now talking on a daily basis with auditors, lawyers, advisors and the Buyers about all aspects of the company. As the Buy-side deepens its reach and focuses on specific details, the Sell-side team tries to answer to satisfaction without revealing the company’s secrets and tries to minimize or spin positively every shortcomings. 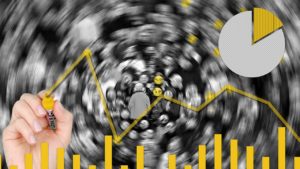 A month or so into Due Diligence, the wear is real. People on both sides get tired, frustrated and anxious for this process to end.  Day to day work is accumulating as most of the day now gets spent on preparing (or reviewing) documents to fulfill pages-long lists of requests.

At the end of the Due Diligence, Buyers will typically have identified a series of issues, large and small, that could constitute contingencies. Some of these contingencies are sensible areas that could bring down a deal at once – poorly filed taxes, for example – and others are trivial things that can be solved in no time.

Reviewing and negotiating those findings can be a simple formality when all came out as expected. On the other hand, when the Due Diligence uncovered large ticket items, negotiating these issues can take weeks or months and can lead to complex mechanisms to mitigate risks.

Entrepreneurs have to take decisions every day to run their companies. Some decisions are no brainers while others are more subjective.  Even though I feel comfortable with the way I run my company, someone else may prefer to run it another way.   When Buyers’ lawyers review a company, they are tasked with identifying everything that could become a risk in the future.  The same goes for auditors.

On the other side, in cases of a company acquiring a competitor or another business unit, the Buyer’s internal team has to plan how they’ll fit that company within their organization and how they’ll manage it. Any deviation in processes between the two groups represent a risk of integration issue and, possibly, a risk of being blamed in case the integration does not go as planned.

It is not uncommon, therefore, to see rather large reports outlining tens or even hundreds of contingencies and issues as a result of a Due Diligence phase.  Now imagine negotiating how to approach those issues, at the end of a tedious period of hard work, and you’ve got yourself tens/hundreds of compromises to be reached, adding up to the months of anxiety and frustration.

Once you’ve reached an agreement on how to take care of the contingencies identified in the Due Diligence, comes the drafting of the contracts that will formalize the acquisition or investment. Everything that has been negotiated from the beginning now needs to get written up in a binding legal document. Make no mistake, this can represent months of labor and tens of versions of the same contract being circulated between the parties, each side looking for more protection and better terms.

This, dear reader, is deal fatigue, from the first, insignificant disagreement to the heated discussions to the last minute changes to the contracts. If reading about it is tedious, imagine living it!

Deal fatigue leads you to make compromises that you do not want to make just so that the deal advances. It also leads to emotionally-driven decisions and can lead to an abrupt ending that feels illogical or unjustified.

Pretty much every M&A advisor has a story of a multi-year long deal dying a day or an hour before the expected signing for a dispute over some random item of zero importance.

Now, what to do not to get to that point?  I’ll be giving some pointers in a second post next week.