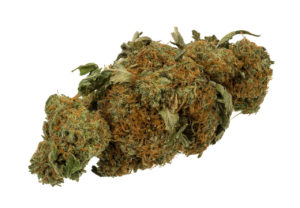 Now that we’ve talked about alcohol, let’s talk about the other French teens favorite (and US teens too), marijuana. As you most certainly know, certain States in the US have legalized marijuana for medical use, allowing users to move from their street dealers to their state-licensed medical drug dispensers. It has also, I’m sure, allowed to diagnose a number of cases of lower back pain, glaucoma or even arthritis in young subjects in those 14 States as you do need a justification and to get a prescription to legally buy it.

Anyways, what do marijuana dispensers have to do with M&A?

Well, simple. As selling marijuana became legal, legal companies formed to profit from it and, thus the market consolidation game began. Doing a quick search in MergerMarket with keywords “cannabis” and “marijuana” returned 14 transactions reported between 2012 and 2015. 9 in the US and 5 in Canada. 2014 was the most active year with 8 transactions reported.

Now these numbers remain small and shy of the transaction counts in let’s say Pharma or Branded Consumer Products. Nonetheless, I am still surprised of the volume of transactions reported, meaning that transactions in total as likely much higher as many transactions don’t get reported in these deal DB.

Other surprise was the size of the transactions… far away for the $1MM-$2MM average I was expecting given the industry’s relative youth, its controversial nature, and it’s rather strong instability. The smallest reported deal value is $9MM for a US operator of medical cannabis collective acquired in a share swap by a Chinese group. And it goes up from there… all the way to $120MM paid by US-listed Medical Marijuana, Inc. for Kannaway, LLC, acquired from PE fund General Hemp, LLC… yes, in this transactions, both buyer and seller are a highly specialized groups in the Hemp industry…

Then comes the less aligned groups – or at least on paper. For example, an independent film production company acquiring a controlling stake in an operator of medical marijuana sanctuaries and dispensaries (also in a share swap deal) in a deal valued well above $100MM as well.   Not the most natural fit, is it?  I’m assuming they are betting on relaxed rules in the future allowing them to bundle their latest movie with 4 oz of hash and sell it as a “Saturday Night Fun Pack” or something similar…

The question remains, if these are the valuations seem today, given the uncertainty of this industry’s future and given the regular news of the DEA -and other Police forces- cracking down on legal, State-licensed dispensaries, what could these businesses be worth the day this industry is well regulated and stable?